Showing posts from March, 2019
Show All

Do not wait another 30 years to understand that British atrocities CAN and WILL happen again! 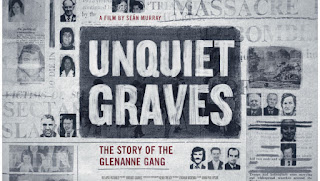 Do not wait another 30 years to understand that British atrocities CAN and WILL happen again! Over the last few weeks, I have immersed myself in watching some very informative documentaries. Netflix has played host to some that have thus far have failed to make it on to general television and where Netflix have failed documentary makers have given their own showings, such as Unquiet Graves which is currently on tour around the Country. Watching Unquiet Graves in a packed room, in a hotel in the Moy Co. Tyrone, I saw first-hand the appetite out there from Irish People, who want to learn the truth of the brutalities of the British Occupation. You could not fail to be moved in watching this film; hearing accounts of cold-blooded murders committed by Loyalists in collusion with the state leaves you not only sad but also very angry. The Miami Showband documentary, which has aired in recent days on Netflix, also leaves you with a wave of anger tinged with sadness. The ruthless
11 comments
Read more

The real crime is British Occupation 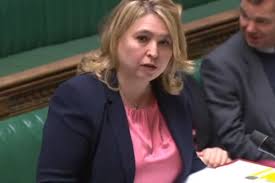 British Secretary of state to Ireland, Karen Bradley’s remarks concerning murderous British soldiers comes as no surprise to anyone with even the faintest knowledge of British misrule in Ireland. Speaking in the British House of Commons on Wednesday 6th March, Karen Bradley stated:  “The under 10% (of deaths) that were at the hands of the military and police were not crimes. They were people acting under orders and instructions, fulfilling their duties in a dignified and appropriate way.” Bradley has since said she misspoke, and that her comments were factually incorrect and did not reflect her views. Karen Bradley speaking in House of Commons I think that this retraction adds only insult to injury, Karen Bradley is not one bit sorry, in fact, her statement in the House of Commons very much reflects her views and that of very many others in the British Government.  Her comment was no slip of the tongue, it was not taken out of context or misinterpreted, she said it very
1 comment
Read more
More posts