March 09, 2020
Am I worried about the Coronavirus? Yes. I think everyone who is listening at all should be concerned, but am I in a blind panic, taking all my spare cash and stocking up on toilet roll, paracetamol and even if I could get it, hand sanitizer? No!

The most interesting aspect of this coronavirus for me has not been how it has spread across the globe, slowly but surely inching its way into each of our communities, but how, we as a people are reacting to it. The frightening part of this pandemic I believe has been witnessing ordinary everyday people react in such a selfish, horrible fashion that it leaves the hairs on the back of my neck standing with disgust and incredulity.

The mass panic buying of hand sanitiser, paracetamol and bizarrely toilet roll, as officials have appealed to people not to do so, has infuriated many, including myself. The idea that 1 person may buy 30 bottles of hand sanitiser knowing full well they are depriving someone else who may need it, doesn’t register as wrong, it would appear as coronavirus spreads the every man for himself attitude prevails. 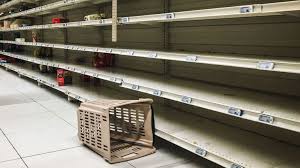 The British Government and others have appealed to the public to stop such practices to little avail; supermarkets are now having to ration some items to a certain number per customer, and highly sought after items are appearing on eBay and Amazon at hugely inflated prices.

The psychology behind panic buying and hoarding is well documented, a fear centre in your brain makes you react in this way, continuous news reports about the coronavirus only serves to spread fear further and so panic buying and stockpiling is only set to continue.

All this fancy psychology aside it can be explained very simply, we live a consumerist society, when fear strikes, people try to buy their way out of the situation, all of this, of course, comes from years of social conditioning from capitalist governments, who put profit before people. Governments and companies have ordinary people in fear for their income daily; they say you are only three paychecks away from being homeless.

Scare stories of recessions and pandemics make people afraid for their very livelihood, mass stockpiling for future economic uncertainty is a natural reaction. Fear and submission in the populace are the desired attitude capitalist governments want.


Instead of instilling a sense of connected society in people, they say they will look after those “who get up early in the morning” to quote Leo Vardkar, they ‘other’ those in society who may need some help, making it feel shameful if you are anything other than a 9-5 wage slave or entrepreneur.  All of this makes people who fit the bill of being a good, decent citizen (according to the government) feel superior and entitled, selfishness and individual promotion is rewarded in a capitalist society, stockpiling goods is symptomatic of that attitude, in a capitalist society it’s every man for himself, survival of the fittest. 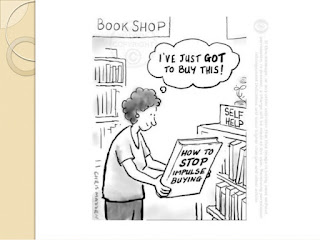 Of course, in this climate of crisis, capitalism also produces opportunists willing to empty our pockets; capitalism teaches people to see a gap in the market and exploit it for every penny its worth. Decency and empathy have no place in business, only pounds, shillings and pence. These people selling sought after items on amazon/eBay etc are wishing to profiteer off the fear of ordinary people; this practice is known as price gouging. If we can all agree that this practice is reprehensible, we can put a stop to it, collectively by not allowing ourselves to be sucked into mass hysteria and panic buying, cut these bloodsuckers off at the pass.

On what many may see as a more trivial note, Governments are not keen to lock down travel to severely affected areas. Many people will have booked holidays and if the Government do not give a directive, they will have to both forfeit and lose whatever money they invested into their break, or more worryingly go ahead on the holiday and expose themselves and others to this virus. This is not a fair position to place ordinary working people in, many of whom will have saved for a considerable period to afford a holiday at all, unlike the Politicians who have means to go on 2 or 3 holidays per year

I, like many others, visited a few chemists to try and get a prized hand sanitiser last week, unlike many others I was not wishing to stockpile, rather I feel I had a legitimate reason to need it.

I was looking for a bottle for my nephew, he has a rare condition and was due to visit Great Ormond Street children’s hospital in London over the weekend. This requires travelling from Armagh to central London on a plane, cars etc. Unlike many, contracting Corona Virus is not a low threat to him but a very severe one given his very serious underlying medical condition. As you can imagine my whole family was anxious that all the necessary precautions would be taken, this included getting a bottle of liquid gold (hand sanitizer).

On the last chemist I visited in Newtownhamilton, I asked the girl behind the counter did they have any, she laughed and said, “Jesus if I had a pound for every time I was asked that question today”, I bemoaned the situation and we both spoke briefly about the stupidity of people stockpiling this item.

During the conversation I told her why I was looking the sanitizer, just as I was about to leave the shop she asked me to wait for a second, off she popped into the back and to my surprise, she came back with a small bottle of hand sanitizer. It was a children’s sanitizer with some kind of princess on the front of it, it was marked £2.99 and she told me I could have it.

I looked at her and said “really? Thank you so so much”

She then told me she had been keeping it for her daughter. I said “are you sure?” and she responded “absolutely” and that she knew my nephew needed it more than her daughter, she was more than happy to give it to me, more than that when I tried to pay her, she said no, that it was on her.

That one encounter with a lovely woman working in the chemist did enough to restore my faith in humanity for a while; I might need a top up soon though!